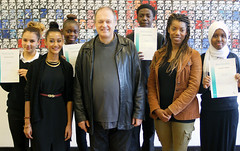 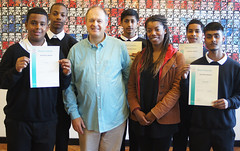 Thanks to funding from Awards For All (The Big Lottery) and Land Securities, we were able to run a pilot of our workshops focused on: the history of human rights movements; the arts of social protest; what is social change and how you can you be part of it, developing communication and team skills. A group of 13 young people from George Mitchell School, Leyton were taken through a seven week course led by Martin Spafford who has a long experience of teaching history, with Parul Motin who was an English teacher at the time and volunteers. Sessions are interactive, with visiting speakers, challenging them to think about social change and their role in making it. There was be a local celebration event and on February 25th 2015 our patron Lord Herman Ouseley and Lord Jeremy Beecham hosted us at the House of Lords where the group shared their learning with guests.

Celebration At The House Of Lords

With huge thanks to everyone.

Students, staff and volunteers from George Mitchell School, Leyton led their guests through two hours of presentations, music and poetry. We were celebrating the first two months of a Journey to Justice course focused on global human rights movements, the music of social protest and understanding social change. Students: met campaigners from Movement for Change, researched Soweto, Ruby Bridges, Malala Yousafzai and the Burston School Strike; attended a preview of Selma and The Scottsboro Boys and planned their own campaigns.  These will focus on gangs and the lack of activities for young people locally and on the involvement of students in the school exclusion process.

The JtoJ poetry group created stunning work in response to discussions about justice which they read at the House of Lords and is now part of the Journey to Justice travelling exhibition.

Students invited guests at the HOL to talk about their own journeys to justice including: meeting Martin Luther King; bring wrongfully arrested by a racist police officer; coming out as gay and running a campaign against FGM.  It was an extraordinary, powerful night for everyone.

‘I was so moved and inspired by the poetry and journeys against injustice that everyone had faced. It was eye-opening for me to see young people express themselves in such a way, they really are something. It made me reflect on my own journey and my own struggles with social injustice and the changes I want to see in the world. It showed me that I have no excuses to sit back.’ Aminah Khan

‘I’ve learned that if I believe in something I shouldn’t give up no matter what the challenge is.’  (Krusal Vara, student at George Mitchell School) ‘I want to know more now, make an effort and succeed.’ (Jacky Yenga-Matmu). The group say they are more aware of injustice, have made new friends, can speak in public with more ease and have found issues which are personal and real to work on. The Journey to Justice poetry club gave them an outlet for their inner thoughts and feelings and some parents say they are more confident at home.

‘The project has certainly changed their hearts and mind.  They want to be a part of positive change’ Parul Motin, teacher

Visit the George Mitchell Journey to Justice Blog Spot for details of the pilot course we are running:

watch a short film made by Winstan Whitter about our Leyton pilot.

As part of their Journey to Justice ASDAN course, students from George Mitchell School went to see The Scottsboro Boys – a brilliant, devastating musical about one of the most heinous miscarriages of justice in American history. In 1931 nine black teenagers were arrested and accused of crimes they did not commit. It took 82 years to clear their name and the campaign to free them inspired Rosa Parks.
Read more: http://www.scottsboromusicallondon.com/history/ 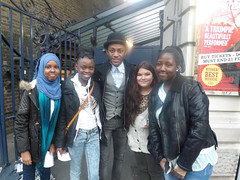 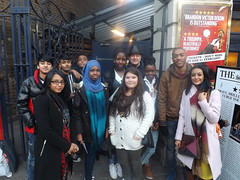 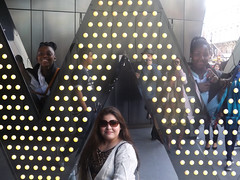 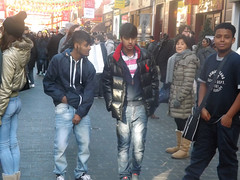 George Mitchell School hosted a remarkable evening of poetry written and performed by a group of its Y7-10 students.  They worked together for months supporting each other and creating poetry so powerful it has been published and featured by Exposure, an award-winning youth organisation and in a local newspaper. Their teacher Parul Motin, inspired by the Journey to Justice launch in London, set up the poetry club in winter 2014. She identified young people she thought needed support or lacked confidence or for whom English is an additional language. They visited galleries, talked about the meaning of social justice and human rights in history and today, they studied poetry, ballads and free verse and from their experiences, observations and feelings, the extraordinary poems flowed.

For Parul, the JtoJ poetry club has enabled her to work in the way she loves most. She says it brought her alive.  Students who had been too shy to speak, began to join in and interact. They worked as a team and were less afraid to make mistakes. One said, ‘usually only gifted and talented kids do this.’ Another told the Head, Saeed Hussain, how much fun they were having and he visited the club and saw their progress. Parents said their children were more confident and positive, reading their poems aloud at home. Many came to the performance – a moving and inspiring event. The poems were about difficult issues – racism, isolation, arranged marriages, family conflict and sexuality.  ‘The young people showed bravery, intelligence, creativity and a commitment to change.’ (Pat Boyer)

“I was nervous but excited, I was able to show my talent. I don’t speak much and everyone thinks I’m shy but they saw me differently that night.” (Nazifa)

“We endeavoured to do something so meaningful.  We all performed very well. I was the host and it was an experience I won’t forget, taking ownership and diligence to make sure we all knew what we were doing.” (Adam)

‘When I started poetry club, I felt unsure, but after two sessions I wrote poetry and met new friends who have been through horrible and cruel times like I have.  The project has built up my confidence in speaking about my fears and experiences. It has made me a little bit stronger and happier about who I am and how I look. I don’t care what people think of me anymore.’ (Alexandra Letu, Year 8)

“The club has made me think about the many opportunities poetry can give you in life. Being invited to the House of Lords to recite my poem was amazing. I’m also having my poem published! This is a really good feeling. It’s so interesting and it makes you think about people around the world who are suffering and have problems. It is a place I can be myself, express myself and my thoughts without being judged, it has given me a confidence boost.” (Adam Jabran, Year 8)

‘The kids have supported, encouraged and warmed to each other through tough times, they have been loyal to each other and committed. They spent hours planning, researching and researching and were determined to make a successful show.  They are far from privileged, nor do they have many opportunities made for them.  Every student left here proud last night.

They have opened my eyes. Although I grew up in Leyton and am an ex-student of George Mitchell, life has really changed. I admire them for their courage. They have experienced extreme injustice and prejudice in their community. We all need to understand these beautiful kids and why they stay quiet and think it’s acceptable to be treated unfairly. They see the same ignorance in the media but worse, in front of them.’ (Parul Motin)

‘It was extremely touching and inspiring to watch the children express themselves through the power of poetry.’ (Lil Bayne)

‘It is wonderful to know that JtoJ exists and serves to address and eradicate fear and inequality. I was in awe of the children when I saw the impact it has had on them.’ (Nadia Altaf)

‘Thank you JtoJ for allowing history to be told as it really is.’ (Safuraa Kalyaci) 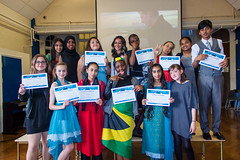 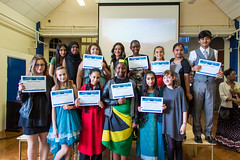 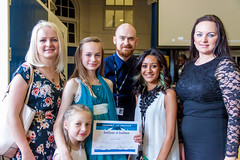 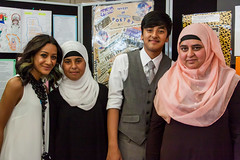 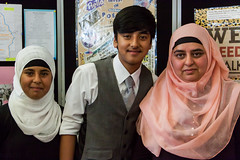 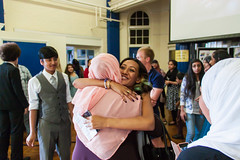 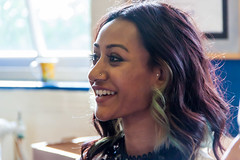 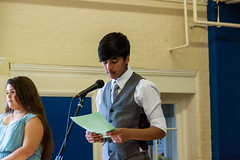 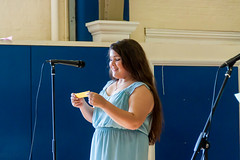 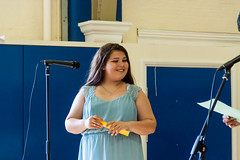 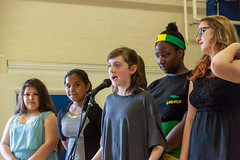 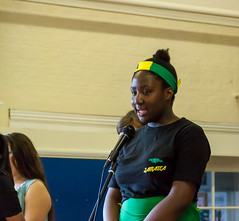 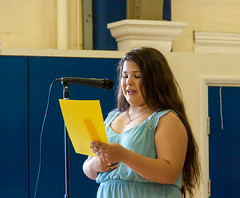 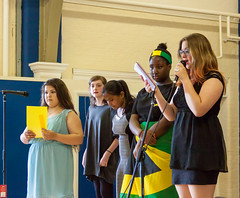 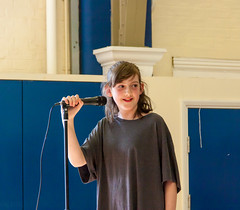 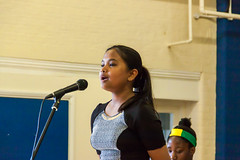 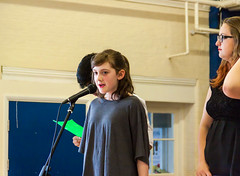 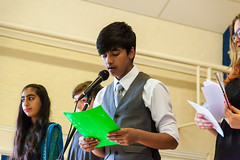 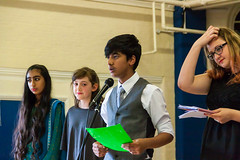 You can read more of the poems by clicking Here.

And see them performed as part of the film, JtoJ Live Here.