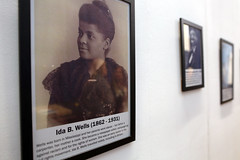 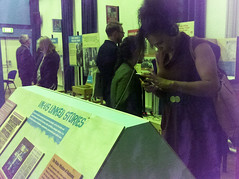 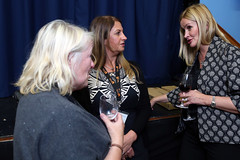 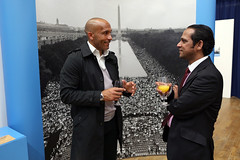 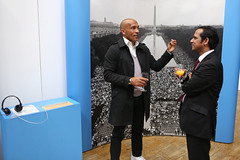 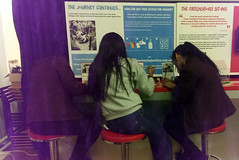 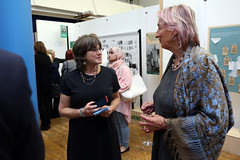 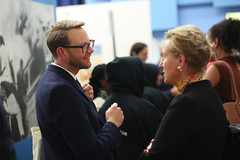 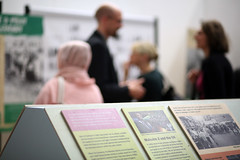 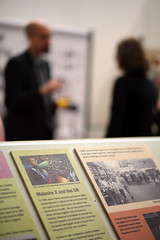 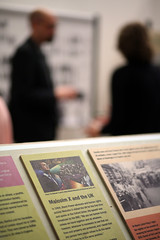 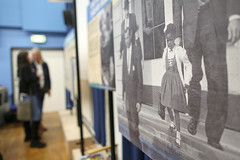 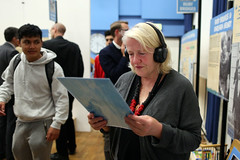 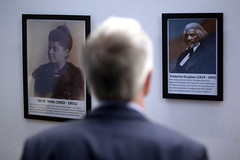 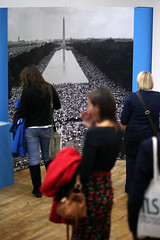 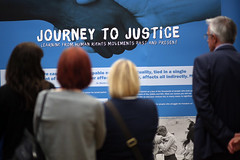 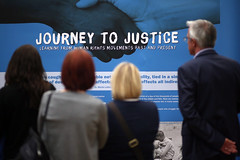 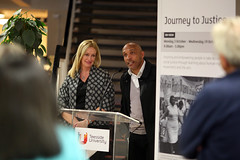 We took part of our exhibition to Teesside University’s International Women’s Day in March 2016 where Carrie Supple, JtoJ’s then director was a keynote speaker.  There was plenty of interest in our work from local social justice organisations. Margaret Younger, then Equality and Diversity Adviser at Teesside University was so affected by the stories we tell in our work, that she booked the whole exhibition.

It was installed in Brittan Hall at the University as part of their Black History Month 2016. Students and staff volunteered to welcome visitors and it was promoted across campus and to local schools and community organisations. Middlesbrough has long been a dispersal centre for asylum seekers and refugees which has resulted in both tension and generosity.

On October 6th the University hosted a private view and opening of the exhibition. Guests included local social justice organisations and youth groups. Dr. David Bell Pro Vice-Chancellor, International welcomed everyone, saying, ‘This exhibition reinforces the crucial role of culture and we are proud as a University to be working together with our partners towards greater social justice and equality in society.’

Chandra Vemury, Senior Lecturer in Structural Engineering at Teesside and a member of the Journey to Justice management committee spoke on behalf of JtoJ saying,

‘This exhibition is a celebration of the courage, pride and dignity of countless individuals from the past who have suffered injustice. …You will be touched by 6yr old girl called Ruby Bridges who did not let riots and violence hinder her desire for education. Her story is one of many told in this exhibition’

Finally Curtis Fleming, former Middlesbrough and Ireland defender and founder member of Show Racism the Red Card spoke about growing up in Belfast and his response to racism. He asked whether we thought children are still treated like Ruby Bridges and lamented the fact that many are. Curtis called for support of education projects like JtoJ which challenge prejudice and unite people. He and his wife Lucie Fleming, who also addressed guests, are patrons of Justice First – a Teesside organisation which supports asylum seekers in the region and believes in human rights for everyone.

Visitors to our exhibition at Teesside University included a group of newly arrived refugee children and History and Drama students from the University. On Friday 14th October 2016, we had a group of AS level Health and Social Care students from Middlesbrough College visit the Journey to Justice Exhibition in Teesside University. As part of their course, the 16 students had to learn about equality and diversity. They were presented with some excellent examples, ranging from the story of Ruby Bridges to the infamous cafeteria sit-ins. It was great to see the students interacting with all of the features of the exhibition, most notably Martin Luther King’s honorary degree acceptance speech. Many people do not know King came to the UK so the students were amazed to discover this fact. The students left with the knowledge to imagine a world where civil rights weren’t as prominent as they are in the 21st century. Furthermore, the evaluation forms came back with an astoundingly positive response, with most visitors saying they gained knowledge by coming to the exhibition.
(Michele Harding, Teesside University History student and JtoJ volunteer)

With many thanks to everyone at Teesside University and their partners, for hosting JtoJ. We look forward to working with you as the exhibition’s legacy continues in mighty Middlesbrough.

Read a write-up about our launch in the Northern Echo