This oral history and research project funded by the Heritage Lottery Fund’s Sharing Heritage programme formed one strand of the Journey to Justice in the North East pilot.  The aim of the project was that young people from the youth organisation Space 2 based in Newcastle would carry out oral history interviews and documentary research in order to find out about Newcastle’s heritage relating to migration, anti-racist movements and the struggle for democracy and Martin Luther King’s visit to Newcastle University to receive an honorary doctorate in 1967.

The young people worked with Curiosity Creative, a social enterprise specialising in oral history and digital storytelling, and adults from a local community group with an interest in Newcastle’s history: Westgate P.A.S.T.

The research was intended to reveal untold stories about action for social justice, to understand the factors behind successful campaigns, and to inspire people to take action. The oral history interviews formed part of our travelling exhibition at Discovery Museum during April 2015 along with overview panels. A key element of the Journey to Justice model is to include local histories of times when people joined together to campaign for freedom and rights.

Young people from Space 2 interviewed five people who have been active in social justice in the North East of England:

Listen to the interviews here 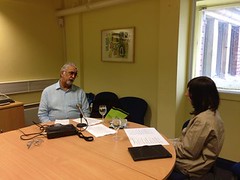 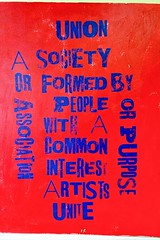 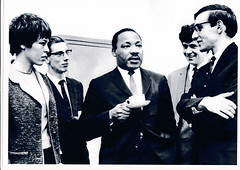 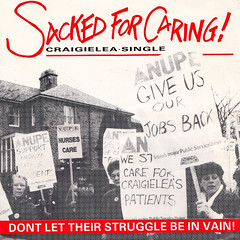 The group also met other experts in social justice and human rights including Brian Ward, Professor in American Studies at Northumbria University who talked with them about the footage of Martin Luther King’s honorary degree ceremony at Newcastle University which he discovered.

They had an opportunity to explore at first hand, items in the City Library collections relating to local social justice issues including photographs of protest marches, newspaper clippings, industry newsletters, etc.

At Discovery Museum, they were given a tour of Destination Tyneside about the experience of immigrants to the North East and one of the curators took them behind the scenes so they could study objects which are not on display and find out about the museum’s collection of artefacts relating to social justice.  We are delighted that Discovery Museum asked to keep copies of our interviews for their archives.

In the final session of the project, participants learned zine making skills with artist Theresa Easton. They found out about the use of zines to present campaign information which is eye-catching and easy to distribute.  Musician and co-ordinator for Journey to Justice in the North East, Bethany Coyle, taught them campaigning songs as a further way to present messages about social justice.

“The most successful thing about Journey to Justice for me has been my own personal growth. I am 24 years old and I have learned more about social justice through Journey to Justice than I ever knew before.  I learned about the 1984-5 miners’ strike through doing the oral history interviews and the visit to Newcastle Library to look at newspaper articles.  I found out how it affected my grandparents’ jobs – they were working in a paper mill and a cigarette factory.’

“The Oral History project sessions were inspirational and it was nice to meet new people.  Now I am more confident in speaking to people. Journey to Justice has inspired me to take action for artists to be paid properly for their work.”

“I learned what zines were and to understand the collaboration and relevance of art in civil rights movements and campaigning. I liked the variety of people in the workshop.”

For the full Journey to Justice: Footsteps to Freedom in the North East programme see: www.journeytojustice.org.uk/projects/footsteps-to-freedom