Posted on October 19, 2015 by Rebecca Livesey-Wright in News

The Activist’s Balance: Reaction and Creation

As with all things in life, activism should be based on balance. Everyone has their own centre of balance and we should each feel comfortable with knowing how hard we can fight before we hit the activist’s ‘burn out’. We need to find a balance not only between fighting and resting but also between reacting and creating.

In Spring 2015, I was heavily involved in the four-week occupation at my college, Central St. Martins, University of the Arts London in response to the proposed closure of hundreds of courses. This was an intense and exhausting period, but also inspiring and exhilarating.

Whilst we didn’t achieve any of our five demands, we were successful in other respects. The very act of occupying a central space at the university powerfully expressed our dissent. In doing so, we afforded ourselves and allies a sense of agency, and challenged the authority of the management. We had workshops and seminars on topics as diverse as the housing crisis, institutional racism and issues within the fashion industry. It was important for us to use the space creatively and productively. We led our own workshops, watched films, invited speakers and artists to talk to us and other activist groups to use our space. Above all, we learnt from informal discussions whilst cooking dinner, painting banners, brushing our teeth in the toilets, or trying to get to sleep under a computer desk.

After the occupation, I took part in a number of protests and radical activity. I saw the unplanned shut-down of Tower Bridge on May Day, a date historically recognised by the Left as a day for political action and I witnessed police brutality at Reclaim Brixton. I joined the thousands who marched against the Tories just days after the General Election, and was lucky to escape being kettled. I felt proud to be among the crowds expressing their dissatisfaction; their anger at the unjust and broken systems.

But I also felt exhausted. I was tired of expending so much energy – physically, mentally, and emotionally – on institutions and a government I did not have faith in. I was exhausted because I was angry, and I was fighting, but I wasn’t seeing any real change.

I realised that old cliché, “be the change you wish to see”, exists for a reason. We were continually fighting against and reacting to a monolithic system which was far bigger than ourselves and the activist groups, a system with more resources, power and support from the Press. It was unlikely that we could force a U-turn. As activists, we have to work hard to develop the communities and networks we want to see and be a part of.

I will always be a firm believer in radical reaction. We must always protest against the things we feel are wrong to show institutions we are not happy, and will not sit back and watch their bad decisions take effect. Protest gives confidence to those who think they are alone in their dissatisfaction. They provide important spaces for connection, relationship-building and expressing anger; what could feel better than shouting ‘Fuck the Tories’ outside Westminster?

We must invest ourselves with a creative and productive power; we must work towards being the people we want to be, and creating the communities and systems we wish to live within.

Rebecca Livesey-Wright graduated from Central St. Martins, University of the Arts London in 2015 with a First Class Honours in BA Criticism, Communication and Curation. She is currently expanding her knowledge in urbanism, spatial theory, feminism and radical education, interests initially developed during her study. Rebecca is also exploring the notions of reality and ‘non-reality’, and the creations that are made at the juncture between these two realms. Rebecca is planning a move to Glasgow in autumn 2015. 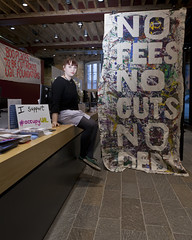 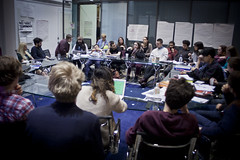 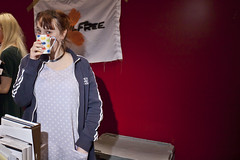 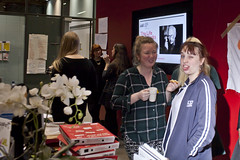 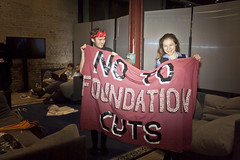 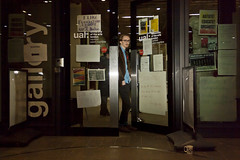 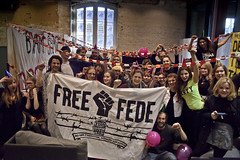 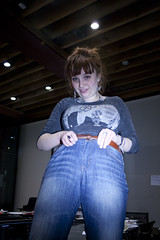 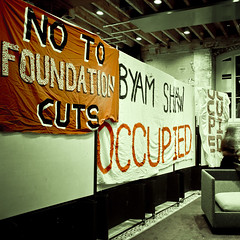 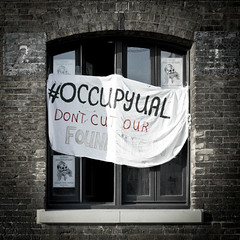 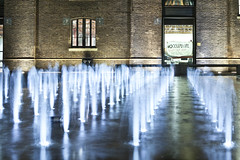 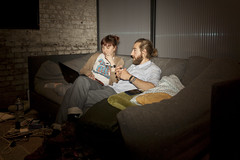 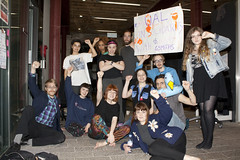 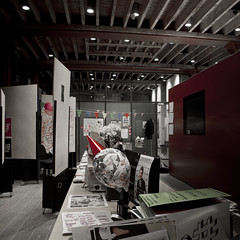 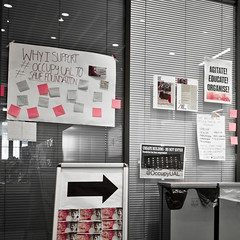