How It All Began

The story of Journey to Justice began in 2012 when Carrie Supple visited the Little Rock Central High School National Historic Site in Arkansas, USA. She heard recordings of African American parents who chose to send their children to a formerly all-white school there in 1957, despite the danger. She was tremendously moved by how they risked their homes, jobs and lives in doing so and she wanted to tell those stories of courage in the UK. She found significant support and in October 2013 Journey to Justice was born, created by people who believe in the power of ‘ordinary people’ to change the world. See interviews with people in Glasgow, Newcastle, Manchester and Liverpool who were asked what they thought of the idea:

What can the civil rights movement and its links to the UK teach us?

People in Liverpool and Bradford talk about: how we need to be inspired, learn from past mistakes, unite, stand up and speak out – now more than ever and the importance of education about human rights struggles from all over the world.

We can all make change happen

People in Manchester and Glasgow talk about: the need for action if we want to preserve the rights and access to welfare which were so hard won, especially for women; the need for empathy and understanding of each other and how history can help us tackle human rights abuses today.

What do you think about our plans?

Professor Brian Ward, Fred Suadwa, Lord Jeremy Beecham and Anya Bonner in Newcastle-upon-Tyne talk about the importance of learning: from struggles for human rights all over the world and how change can happen; the meaning of economic, social and legal justice and the need for vigilance against the exploitation of insecurities and fear.

Dr Ira Gruper talks about how he joined the US civil rights movement as a school boy when his father took him to a demonstration in New York in solidarity with the Greensboro Woolworth’s lunch counter sit-ins. Ira became part of the Student Non-Violent Co-ordinating Committee in Mississippi, went to prison and has been active in social justice movements ever since.

When we launched in 2013 we identified the UK as a place of increasing income inequality with many citizens feeling powerless and disconnected while the concept of human rights was under attack. We felt there was a lack of public memory about past struggles in our communities for social and justice and human rights. We aimed – through these stories and the arts – to galvanise people to take action in their own journeys to justice, from personal to global.

Since then, our experience working in diverse towns and cities across the country has shown there is a growing sense that achieving greater social justice is necessary and possible. While this is a time of obvious and stark threats, we have found – across regional, generational and cultural divides as well as the Brexit faultlines – a common desire to be involved in action to promote our vision for a society with people actively involved in promoting and ensuring a just world in which everyone can flourish. All magnified by the way COVID-19 and Black Lives Matter have amplified the gap in wealth and opportunity. There is a shared understanding of injustice and inequality and a wish to create something different, though people do not necessarily feel confident about how. We know that though desirable and exciting change is not always easy and there is always resistance to it.

On Saturday 21 June 2014, Journey to Justice hosted a night of the music and arts of human rights movements in Conway Hall, London. Attended by 350 people, with 45 performers and 40 volunteers, many spoke afterwards of feeling inspired to take action for social justice whether at work or in their neighbourhood or community.

We were delighted to be joined by Alvin Hall whose brilliant programmes about civil rights and African American music – its sounds and politics – inspire and inform us. Speakers included Leyla Hussein, co-founder of Daughters of Eve and campaigner against gender based violence; Sir Geoffrey Bindman  – human rights lawyer and JtoJ steering group member and Brandon Palmer, remembering Bayard Rustin – the phenomenal organiser of the US civil rights movement. Mary Spyrou read Maya Angelou’s Still I Rise and performances included the David Idowu Choir (formed in memory of David, who was a 15 year old victim of knife crime); Tayo Aluko (Call Mr Robeson); Streetz Ahead; UCLU Vocals; Zena Edwards, poet and singer; Jo Clarke singing Nina Simone; Wayne Marshall singing civil rights anthems and Dareece James reading her powerful poem,Who Are We? Who Are They? and Exposure premiered Revolution 2.0 their stunning re-make of Gil Scott Heron’s The Revolution Will Not Be Televised. The evening ended with a tribute to Pete Seeger introduced by Dave Rosenberg of East End Walks and all performers back on stage singing If I Had A Hammer and We Shall Overcome after we cut a magnificent launch cake made by Trisha Kelly under the banner she made.

We promoted Journey to Justice’s first project: a travelling exhibition about the US civil rights movement and its impact which will tour UK communities starting in Newcastle-upon-Tyne and Sheffield. As it tours, the exhibition will connect with local UK histories of campaigns for change.  June 21st was the 50th anniversary of the murder of civil rights workers Michael Schwerner, James Chaney and Andrew Goodman in Mississippi and the launch was dedicated in part to their memory.

Watch our film and view photo’s from the launch night below. 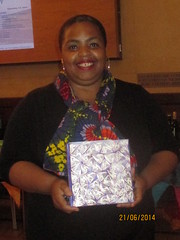 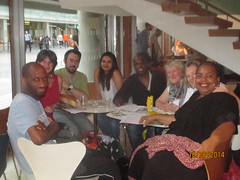 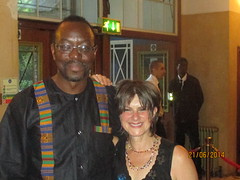 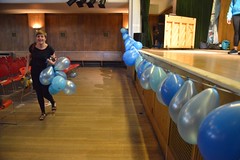 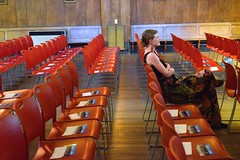 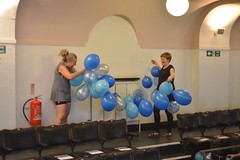 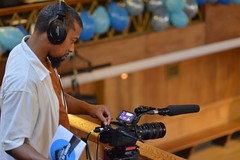 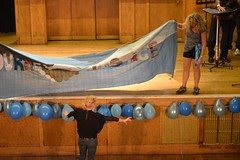 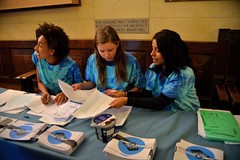 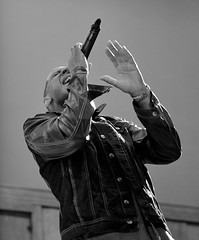 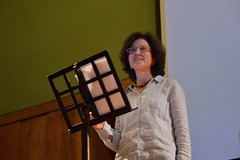 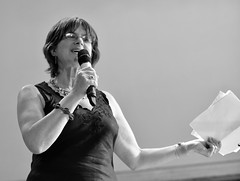 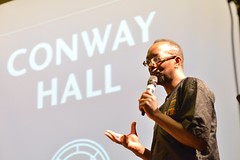 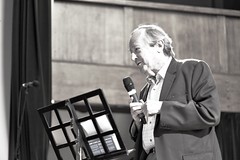 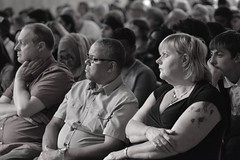 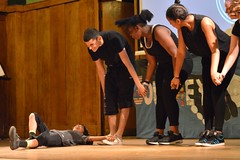 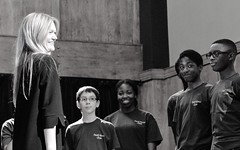 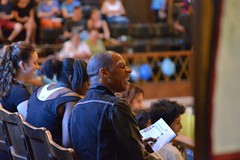 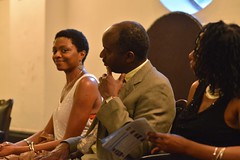 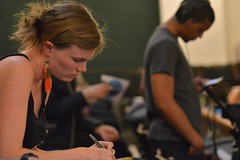 The feedback was overwhelming. Here’s a taste of it:

Warmest congratulations and admiration to everyone who was involved on Saturday: what a rich, thought provoking, warm, combative, exciting evening with a real sense both of a community developing and a willingness to struggle. So many wonderful elements to the evening, so varied yet complementary the contributions. The gloriously eclectic and delicious spread of food mirrored the wide ranging glories on stage, too. We’ve so much to do ahead of us that the launch needed to inspire and invigorate us as well as announcing us to the world and bringing in an ever wider network. It did its job so well.

“It was a fabulous evening. The performers were brilliant and delicious food and wine.  I really loved it and was extremely impressed by the fantastic organisation and Mark’s excellent  presentation.”

“I had the most brilliant evening; you gathered the most amazing crowd and all of the acts were great. The room was a-buzz and there was a palpable sense of love and excitement in the air. We were both in tears listening to the David Idowu Choir and it made us think about how we should stand up for our rights at work more too.”

“The evening was fantastic on so many levels. The message came through so clearly and strongly with every act and the huge variety of performers  all had such terrific energy and infectious enthusiasm.”

“What a way to start! Thank you for an inspiring evening – an incredible expression of support and goodwill for an enterprise that surely touches a lot of hearts and minds.  Leyla Hussein’s mission to right one of the most insidious and unbelievably widespread assaults on women is so courageous. Oh, and the food and drink was so delicious and ample….”

“It was a wonderful night, it uplifted me and I really needed it.”

“I was blown away! I loved the event! It was so much BIGGER than I had expected! Such class acts.”

“It was an amazing evening, full of warmth and love, and loads of positive energy to move the project forward.”

“I was very impressed by the large attendance and the support JtoJ has rallied for a really valuable project. I was thrilled to have been involved.”

“The evening is impressed upon our minds. It was a wonderful spread that fed the senses.”

“The atmosphere was wonderful, the audience ecstatic and the events electric.”

“Superb speeches…All so well executed…Seriously impressive, would love to see how your projects progress.”

“Everything was on point, loved the show it was fantastic, loved the way the show started with A Change Is Gonna Come.”

“Brilliant show, would love to get involved with you guys.”

“Couldn’t stop thinking about the show all the way home.”

Volunteers said they enjoyed a sense of belonging to the JtoJ community, guests emailed to say the show led to discussions on the way home about social change and the lack of diversity in their neighbourhood or friendship groups and why on earth there are 50 million refugees in 2014.

The journey has begun……