First expel or murder your enemies, then trash their cultural artefacts.

As humankind’s capacity to inflict death and destruction has increased with advances in the technological and military fields, we have witnessed whole groups of people subject to actual or attempted extermination. However, legends, sagas and religious scripture suggest that this alarming inclination in the human species has an ancient pedigree.

The persecution of the despised ‘other’ rarely ends with murder alone. Perpetrators have a tendency thereafter to remove all physical evidence that the ‘absent’ people ever existed. Moveable artefacts such as books, paintings, sculptures and religious items are stolen, destroyed or sold to collectors far away. Houses are occupied by those who perpetrated murder or expulsion and ‘judicial’ means are used to legitimise the theft of property. The new owners remove any evidence that the house once belonged to people now condemned as the despised other. As for buildings that helped sustain the identity of the now-absent community as a whole – nurseries, schools, training colleges, community centres, cultural centres, theatres, shops, houses of worship, etc. – those that cannot be adapted to disguise who built them and for what purpose are allowed to slowly rot. When buildings once belonging to the despised other do not disappear through neglect with sufficient haste, people strip them of materials to repair existing buildings or blow them up.

In April 1915, the so-called “forgotten genocide” began against the Armenian people in what was then the crumbling Ottoman Empire. Between one and 1.5 million Armenians were murdered and more than another million expelled from their homes. To visit the provinces in eastern Turkey where most of the atrocities took place is to enter a land in which today you encounter only the shadows and the ghosts of the Armenians who once inhabited the villages, towns and cities. Even in the mere thirty of so years during which I have been visiting Turkey, I have seen major Armenian monuments (churches, monasteries, cemeteries and other communal facilities) that should be treasured by all of humankind decline almost beyond repair. 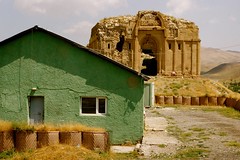 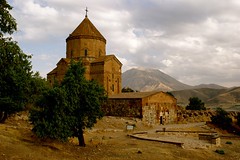 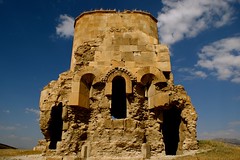 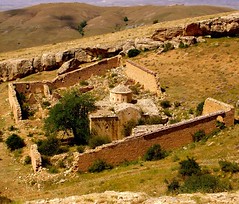 Despite the irreplaceable loss of a now-absent people’s cultural heritage, there are a few small glimmers of hope in Turkey. First, the astounding Armenian church on the Lake Van island of Akdamar/Aghtamar has benefited in recent years from sensitive restoration and is now visited every year by thousands of Armenians, Kurds (now the majority population in the region) and others, and is unquestionably a treasure that will survive for centuries.

Second, signs along main roads in two remote locations now indicate the way to ruined Armenian churches, one being in Mus province and the other in Tunceli province. Third, Surp Giragos Armenian Church, an abandoned ruin in the 1990s, is now fully restored and very firmly on Diyarbakir’s tourist trail, and two other Armenian churches not far away have somehow survived in remarkably good condition. In fact, with only a little tender loving care, both the latter churches could function once more as originally intended. Last, enlightened Turkish citizens with political clout are currently petitioning UNESCO to declare Ani, the ruined medieval Armenian city east of Kars that overlooks the border with Armenia itself, a world heritage site.

In fact, Ani has in recent years benefited from a much-needed restoration programme part-funded by the Turkish state. This is notable insofar as it was only a generation ago that weapons were used to destroy parts of the city.

Of course, Turkey exists just on the edge of the Middle East where things have a nasty habit of changing for the worse almost overnight. Moreover, it would be premature to say that these hopeful signs indicate a permanent change of heart, but better this than nothing at all.

For more information about Armenian monuments that survive in Turkey, access the following websites/blogs:

“Virtual Ani” examines the medieval city of Ani in considerable detail, but also other Armenian monuments, especially in eastern Turkey; and “Among Armenian Ruins” tells the story of a recent trip to eastern Turkey to locate Armenian monuments in sometimes inaccessible locations and discusses some of the horrors of the “forgotten genocide”  revealing that Armenians survive in the region, albeit in very small numbers.